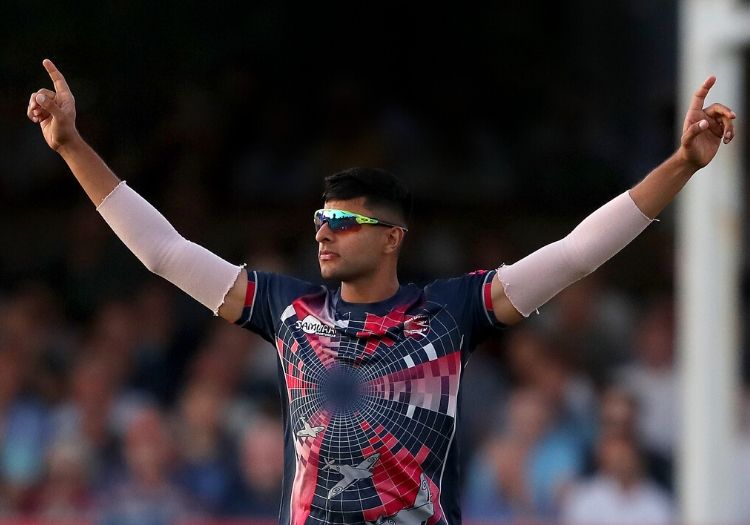 The 27-year-old left-arm Orthodox spinner Imran Qayyum has announced his retirement after he suffered a severe shoulder injury. He has retired from all forms of the game. Having debuted for the club back in 2014, the bowler has had a consistent career and went to play 82 games for Kent.

He expressed his disappointment that he had to take an early retirement out of the game. However, he was nothing but proud of his achievements as a Kent player. He said that it was his dream as a child to represent Kent, and he expressed his gratitude towards the Kent Cricket Board.

Before Qayyum joined the Kent County Club, he played for his hometown team, Middlesex, at the youth level. He also played for second-string sides of Sussex and Northamptonshire, against whom he also received his maiden cap for Kent at the first-class level in 2016. He had an impressive debut, picking up three wickets against his former club on a pitch he knew so well.

A glance at the career of Imran Qayyum

In his short-lived career, Qayyum only played six first-class matches. However, he built around his trade, particularly in the white-ball formats. He represented Kent in 45 T20s, and many as 29 List A matches. His T20 record is decent enough, where he boasts the best figures of 5 wickets for 21 runs, playing against Somerset.

In the T20 format, he has bagged 45 wickets, at an average of 26. Although his stats aren’t as to an eye as one would expect, Qayyum outclassed the veteran and former England International James Tredwell as the first choice bowler for Kent, in the T20 format, since 2017.

It is said that he had spent his winter days of 2014-15 back home in Pakistan, practicing his bowling. This certainly helped him go a long way as he earned his debut in the next season itself.