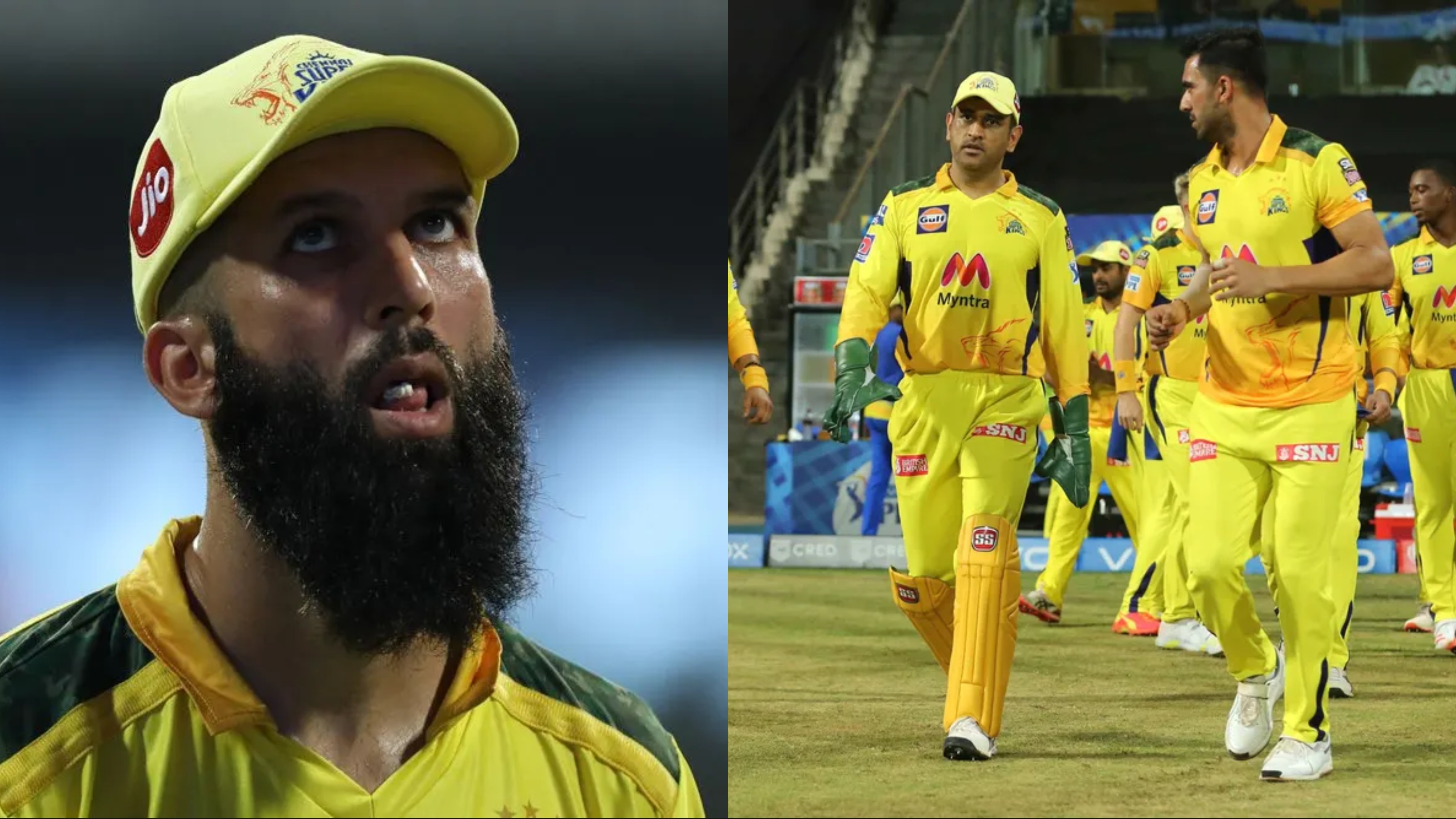 The Chennai Super Kings have taken the field to play their fifth game of IPL 2021 versus the Royal Challengers Bangalore at Wankhede Stadium. However, the one player who is missing in the Chennai playing XI is the squad’s all-rounder Moeen Ali.

Moeen Ali played a match-winning role for the Super Kings in the first few matches of IPL 2021. He registered his best-ever IPL figures while donning the yellow jersey. Ali also contributed his bit in the batting department, scoring 133 runs at an excellent strike rate of 152.87.

Unfortunately, Ali picked up a minor injury, which forced the team management to rest him for the important fixture against the Royal Challengers Bangalore. Moeen has a tight hamstring, and here’s what MS Dhoni said at the toss:

“Moeen is not fit, and Lungi makes way. Bravo and Tahir come in.”

Chennai Super Kings batsman Robin Uthappa spoke to the commentators during the first innings. Uthappa mentioned that Moeen’s injury was not that serious. The team management did not wish to risk him by including him in the playing XI today, that’s why they rested him.

Uthappa confirmed that Moeen should be fit in a few days and would return to action soon.

Moeen Ali is an all-rounder, but the Super Kings already had many good batting options in their lineup. Hence, MS Dhoni decided to bring South African leg-spinner Imran Tahir in the playing XI as the replacement of Moeen Ali.

The Super Kings made another change in their team. They brought DJ Bravo back in the place of Lungi Ngidi. Ruturaj Gaikwad and Faf du Plessis provided a magnificent start to the Chennai Super Kings. The Royal Challengers have struggled to trouble their rivals on the batsmen-friendly wicket at the Wankhede Stadium.

The winner of this IPL 2021 match will move to the number one position on the standings.