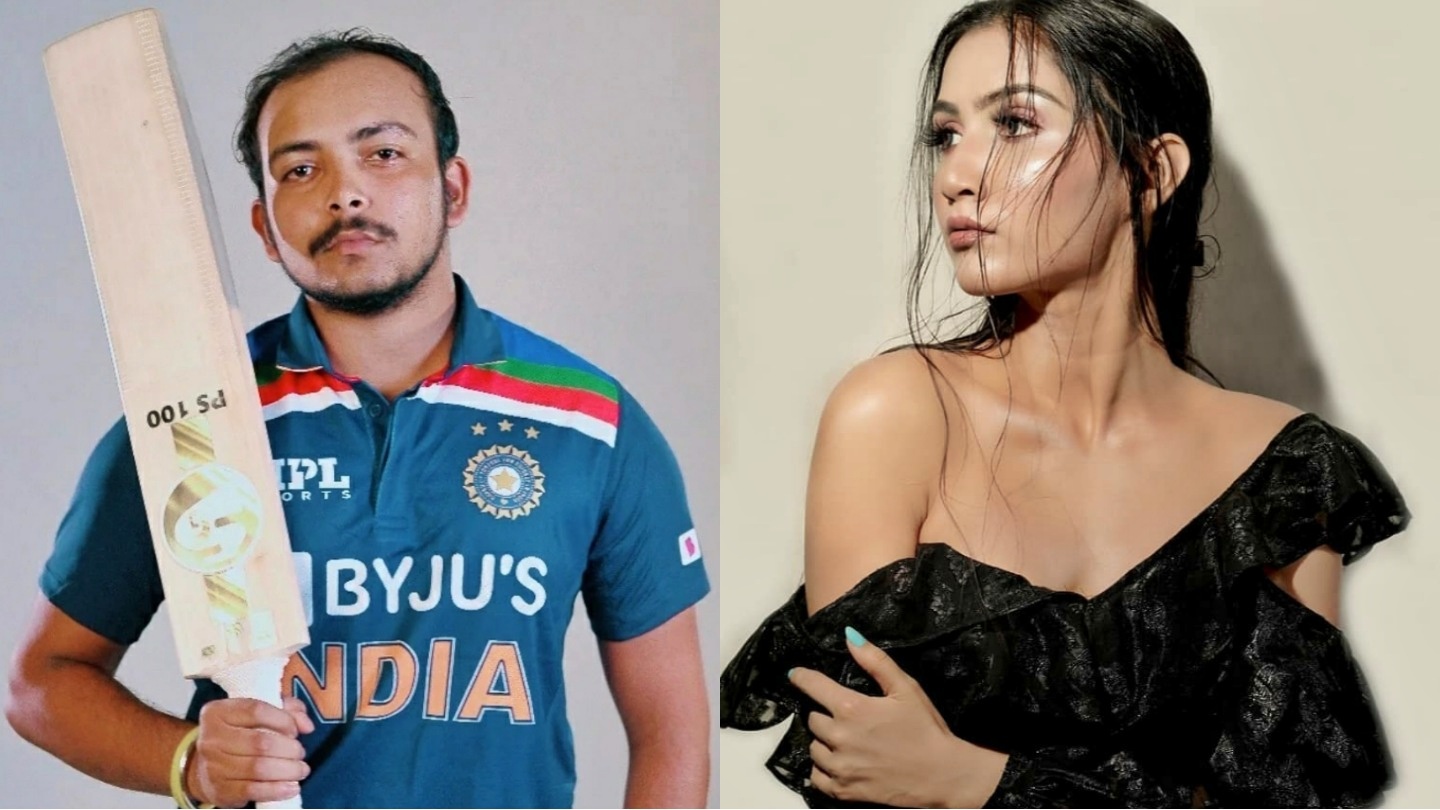 Indian cricketer Prithvi Shaw has been in talks since his heroics in the first ODI against Sri Lanka. Following a string of poor performances, Shaw is back amongst the runs, staging a comeback.

He has had a good run this year so far. Firstly, he had a productive Indian Premier League (IPL) 2021 in the first half of the league. Shaw then started off the Sri Lanka tour on a high, reminding everyone of his skills.

Opening the batting alongside skipper Shikhar Dhawan, Prithvi Shaw has looked in good touch. His exploits in the first ODI won him the Man of the Match award as well. A quickfire 24-ball 43 from the right-hander set the tone for India's thumping win over Sri Lanka.

As far as the cricket goes, things are going pretty smooth for Prithvi Shaw. However, that is not all. There seems to be a lot more happening in the youngster's life at the moment. Today marks the birthday of Prachi Singh, his rumored girlfriend. Prithvi Shaw wished her at 2 AM in the morning via an Instagram story.

Prithvi Shaw wished Prachi Singh on Instagram, who reposted his story on her handle

Indian batsman Prithvi Shaw posted photos of Prachi Singh on his Instagram story. He also wrote Happy Birthday alongside them, tagging her official account. Prachi Singh replied to the wishes reposting his story on her handle. She also wrote "Thankuuu" along with adding three hugging emojis in her repost.

There isn't any confirmation yet on whether the two are together or not. However, Prithvi Shaw and Prachi Singh keep often engaging on Social media. Prachi has always praised Shaw for his cricketing achievements.

It remains to be seen if the duo will make an official announcement anytime soon if something is happening between them in the first place.

The three-match T20I series shall follow after the completion of the One-Day series. Meanwhile, Prithvi Shaw and India will gear up for the 3rd and final ODI of the series, to be played on 23rd July. Shaw will be eager to make the most of this tour and strengthen his case for a spot in the team with the ICC T20 World Cup 2021 not too far away.