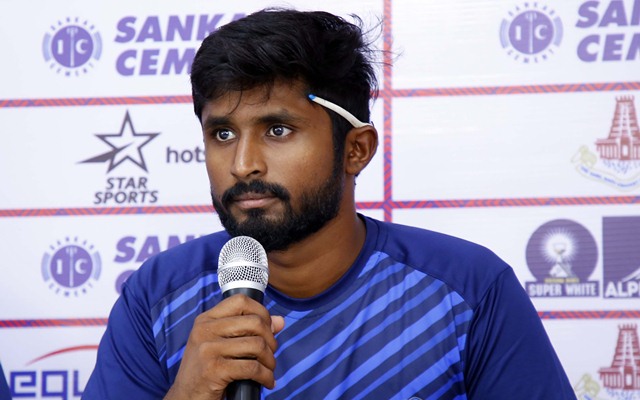 Puducherry domestic cricket team captain Rohit Damodaren is all set to tie the knot with Director Shankar’s eldest daughter Aishwarya Shankar. According to Times of India, this wedding will take place on June 27, 2021 in Mahabalipuram.

Because of the COVID-19 restrictions, only around 100 guests from both sides will attend this wedding. For quite a few days, director Shankar had been busy with his daughter’s wedding preparations. Aditi will be marrying Rohit Damodaren, who is the son of well-known industrialist Damodaren.

Many cricket fans would know that Damodaren owns the Tamil Nadu Premier League franchise named Siechem Madurai Panthers. Interestingly, Rohit D is the captain of this side. Meanwhile, Rohit’s soon-to-be wife Aishwarya is a doctor.

As per reports, the reception post COVID will take place in a big way, with celebrities from across the country set to be invited. However, Director Shankar, who is famous for expensive and grand sets, will have to organize his eldest daughter’s wedding ceremony in the presence of some close friends and relatives only.

Rohit Damodaren is the captain of the Puducherry domestic cricket team

Rohit Damodaren has not played international cricket for the Indian cricket team yet, but he has done well for the Puducherry cricket team at the domestic level. So far in his career, Rohit has played 51 first-class matches, scoring 1,371 runs, smashing one century and fifty. With his right-arm off-spin, the 29-year-old has scalped 29 wickets, with his best figures being 4/7.

Speaking of his numbers in domestic T20 cricket, Rohit has amassed 462 runs at a strike rate of 98. Meanwhile, his aggregate in the List-A arena is 673 runs in 44 innings. Apart from the Puducherry domestic cricket team, Rohit has played cricket for Chilaw Marians Cricket Club, Galle Cricket Club and Siechem Madurai Panthers.

We congratulate Rohit and Aishwarya and wish them a happy married life!