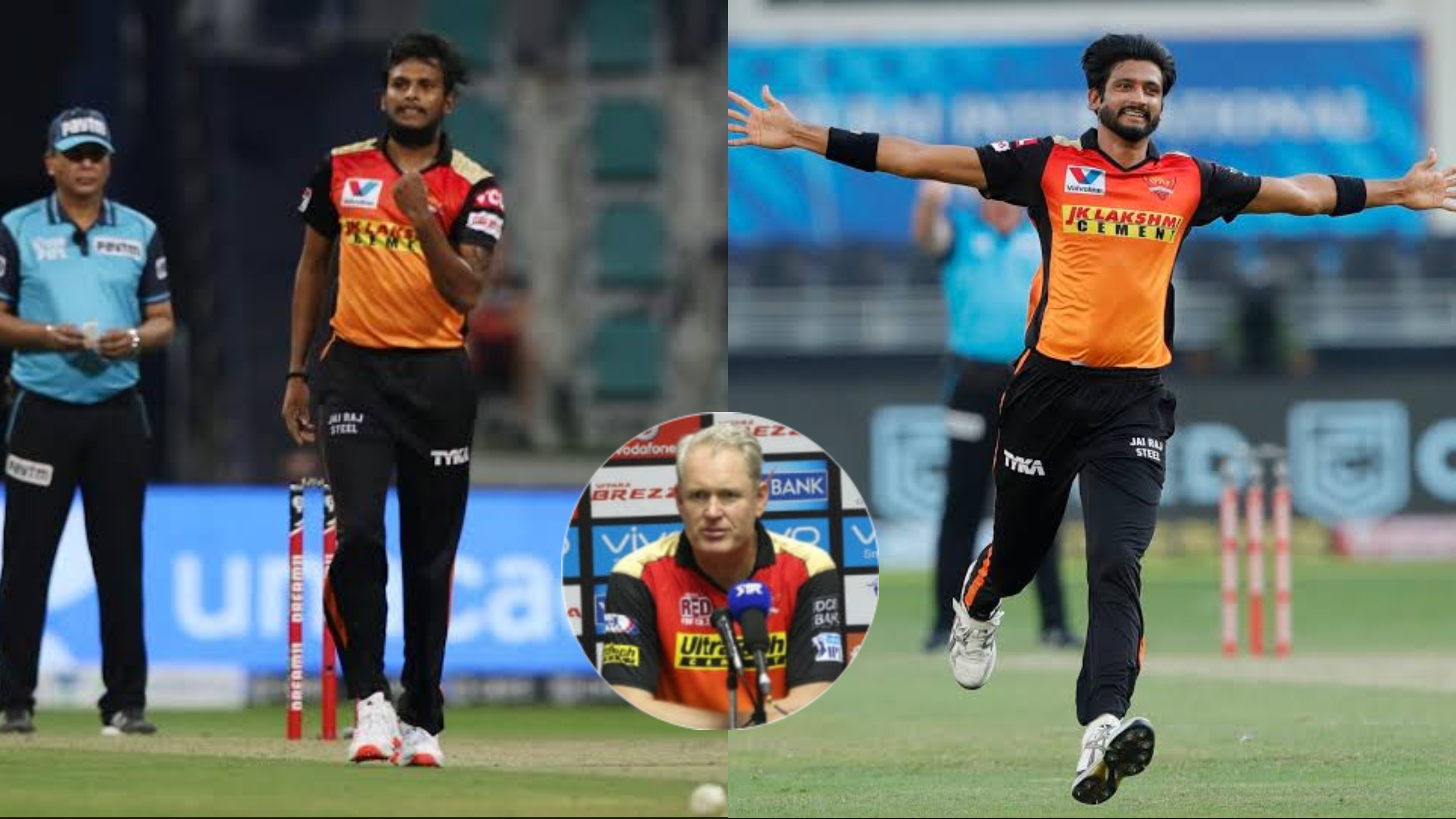 Ever since T Natarajan has made his debut in IPL in the preceding year for the Sunrisers Hyderabad, he has belted out one masterclass after the other that has rendered him indispensable for the Orange Army. However, the rising star has been a consistent performer for the Sunrisers and this has seen him getting a call-up for the national team too against Australia and England that saw him posting decent figures.

However, everyone in the cricketing fraternity was left flummoxed after their primary fast bowling weapon who chronicled the highest number of yorkers in the last edition of the tournament, penning a staggering 71 toe-crushers in his spell for the Sunrisers, was dropped for this crucial game against the Mumbai Indians.

The Orange Army is still to open their account in the latest edition of IPL which has seen them going down in both the games that they have played until now. After a rude awakening against Kolkata Knight Riders, they were refused a victory in the dying embers of their second clash against the Royal Challengers Bangalore.

One of their major issues until now has been the lack of a good death bowler as the only consistent moniker for them has been the Afghan leggie, Rashid Khan. Bhuvneshwar Kumar did manage to dish out scintillating display against the Royal Challengers Bangalore but was taken out for a toss against a marauding Nitish Rana in the Kolkata game.

It is Natarajan who has been the most industrious customer in the death overs for Hyderabad, wringing out crucial overs, reeking of a very few runs that makes life difficult for the batters out in the middle.

When Tom Moody was asked about Natarajan not playing in today’s encounter, he made it absolutely clear in his words that he has been rested and not dropped. He cited, “Not dropped, rested – Managing his workload, we know it’s a long tournament and he’s had quite a lot of cricket already under his belt.”

It is indeed true that Natarajan has been playing cricket incessantly ever since his appearance in the last IPL and he has proven to be an excessively menacing bowling weapon, releasing in those clattering yorkers at will. His replacement Khaleel Ahmed returned decent figures in today’s game as he managed to wring out 4 overs which leaked only 24 runs and got him a valuable scalp.

Hyderabad showed good command with the ball in the hand that restricted Mumbai to a paltry 150 and will need a good bit of defending from the champions to register their second victory in the tournament.