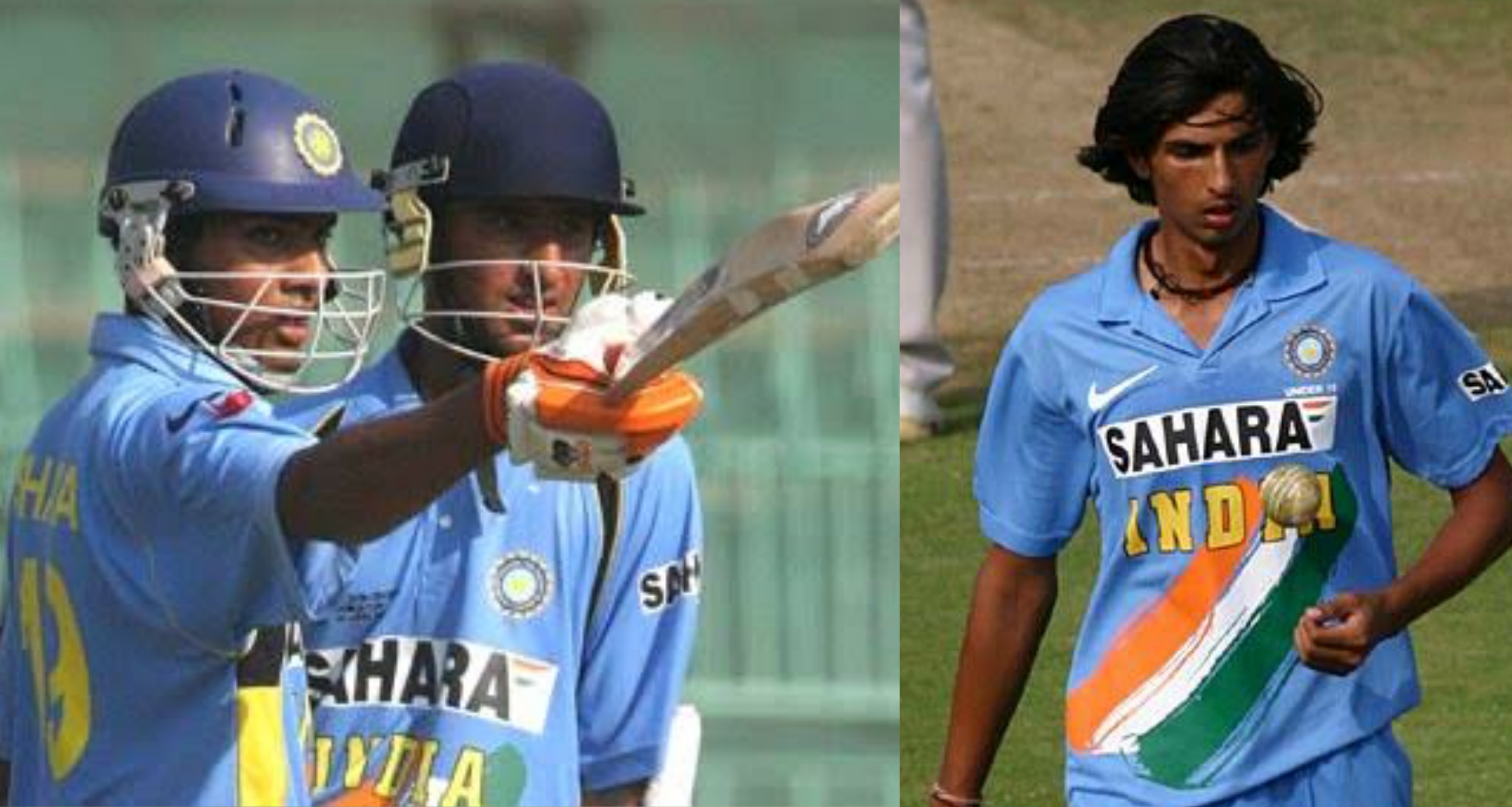 The 2008 U19 World Cup squad is remembered for giving Team India the likes of Virat Kohli, Ravindra Jadeja and Manish Pandey. However, two years before the event, at the 2006 U19 World Cup too, India had a good team. The team reached the finals before they lost to Pakistan in the summit clash.

Rohit Sharma was part of that squad. At that time, Rohit was considered a special talent and many articles were written that he would achieve great things in the game. As predicted, Rohit Sharma has delivered the prophecies. In this article, we talk about five players who were Rohit's teammates in the 2006 U19 World Cup squad.

Although he is not in contention to make it to the ODI Team now, Cheteshwar Pujara started out as a player who did well in all formats of the game. In fact, in the 2006 World Cup, Pujara was the highest run-getter, with 349 runs in six games. He was one of the chief reasons why Team India reached the final. Interestingly, in the final game of the competition, Pujara opened the innings and Rohit played at No.3, a reverse of their current positions.

Ishant Sharma was part of the squad that played in that World Cup. However, he did not have much to contribute. However, since then, the tall pacer has been a fine servant of the Indian Cricket Team. Even after so many years, Ishant is one of the first names on the team sheet when it comes to the five-day format for Team India.

Ravindra Jadeja not only played in the 2008 U19 World Cup but also in the edition before that. While in 2008, he was Virat's teammate, in 2006, he shared the dressing room with Rohit Sharma. Of course, as we all know, he plays with both Virat and Rohit now. Jaddu also had an important role to play in the 2006 event. He took three wickets in the final and helped India restrict Pakistan to a low total.

Piyush Chawla showed a lot of promise at a young age. He was considered a long-term replacement for Anil Kumble. Although he started well, Piyush's form did not last long. That said, Piyush is a multiple World Cup winner, a feat that very few have achieved so far. In the tournament, Piyush was in good form. He was India's highest wicket-taker with 13 scalps in six games and batted well in the final before he ran out of partners.

Although Shahbaz Nadeem has recently made his India debut, he has actually been in the scene for a very long time. He was a teammate to Rohit Sharma and others at the U19 level. At the tournament, though, Nadeem hardly got chances to show his skills. One of the major reasons for this was the presence of Ravindra Jadeja, who was the preferred left-arm spin option. With Axar Patel's rise, Nadeem could struggle to find a place in the Indian Test Team again.