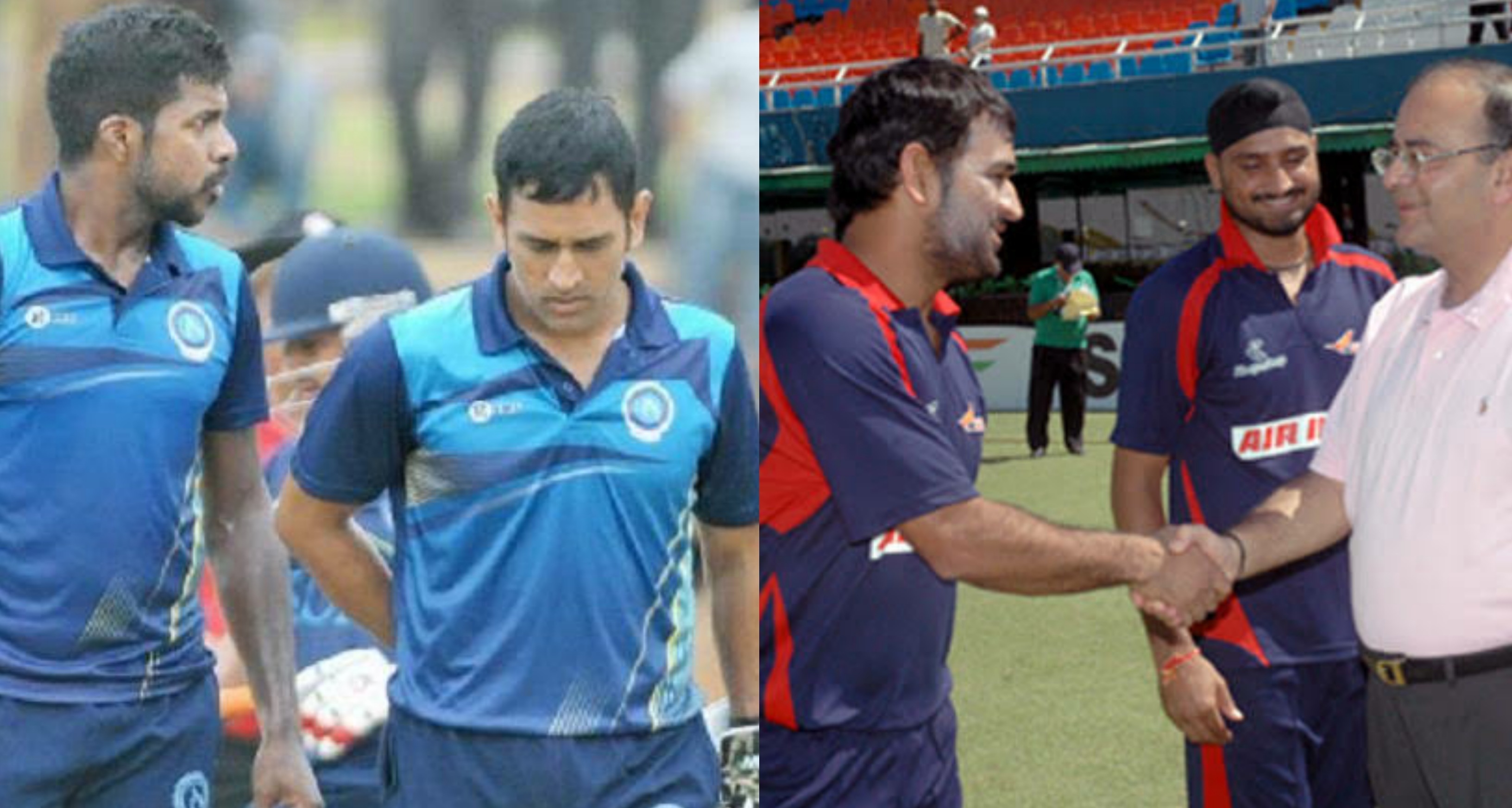 Captaincy is a word that's synonymous with MS Dhoni. Arguably the greatest captain of this era, MS Dhoni won a few games sheerly based on his captaincy skills. He won three ICC trophies for India and is still the only person to do that. In this article, we discuss six popular players you might not know who once captained a team featuring MS Dhoni.

Yes, it is agreed that MS Dhoni was not considered a captaincy candidate at the start of his career. However, despite that, it is interesting that a few popular players actually captained MS Dhoni in the past. We look at six such cricketers in this article.

2007 was the year in which MS Dhoni was made the captain of the Indian Cricket Team in both the T20I and the ODI format. At that time, Mahela Jayawardene was a popular cricketer and captain. He led Sri Lanka to the finals of the 2007 World Cup. Both Mahela and MS Dhoni were part of the same Asia XI, which took on the Africa XI. In this squad, it was Mahela who led the team and not MS Dhoni.

Harbhajan Singh and MS Dhoni have been part of the same team, both for Team India and for the Chennai Super Kings in IPL. However, Bhajji has never captained MS Dhoni, although Harbhajan is the more senior cricketer. However, in the BCCI Corporate Trophy in 2009, it was the Punjab cricketer who was the captain of the squad that also had the Ranchi man.

Barring in domestic competitions, Kaif has hardly been a captain in prominent competitions. That said, the Uttar Pradesh man has had the chance of leading MS Dhoni in the past. This occurred during the Challenger Trophy back in 2005. In fact, Kaif also led the likes of Sachin Tendulkar and Yuvraj Singh in this XI.

Now, this is the most surprising of them all. Varun Aaron was the captain of the Jharkhand Team that had reached the knockout stages of the Vijay Hazare Trophy in 2015. They were facing Delhi, and MS Dhoni was available for the encounter. Although MS was the best captain that India was having at that point in time, it was Aaron who actually led the squad.

2005 was when MS Dhoni was early in his international career. Hence, he will still taking part in the domestic competitions. On one occasion, former Bengal all-rounder Laxmi Ratan Shukla led a squad that also had MS Dhoni. It is understandable considering MS Dhoni was still a junior then but LS Shukla had already spent a few years in the circuit.

Former India batsman and son of Sunil Gavaskar, Rohan Gavaskar also had a chance to lead a squad that also had MS Dhoni. Like in LR Shukla's case, here too, Rohan was a senior cricketer compared to Dhoni at that time. Hence, him captaining the squad comes as no surprise.