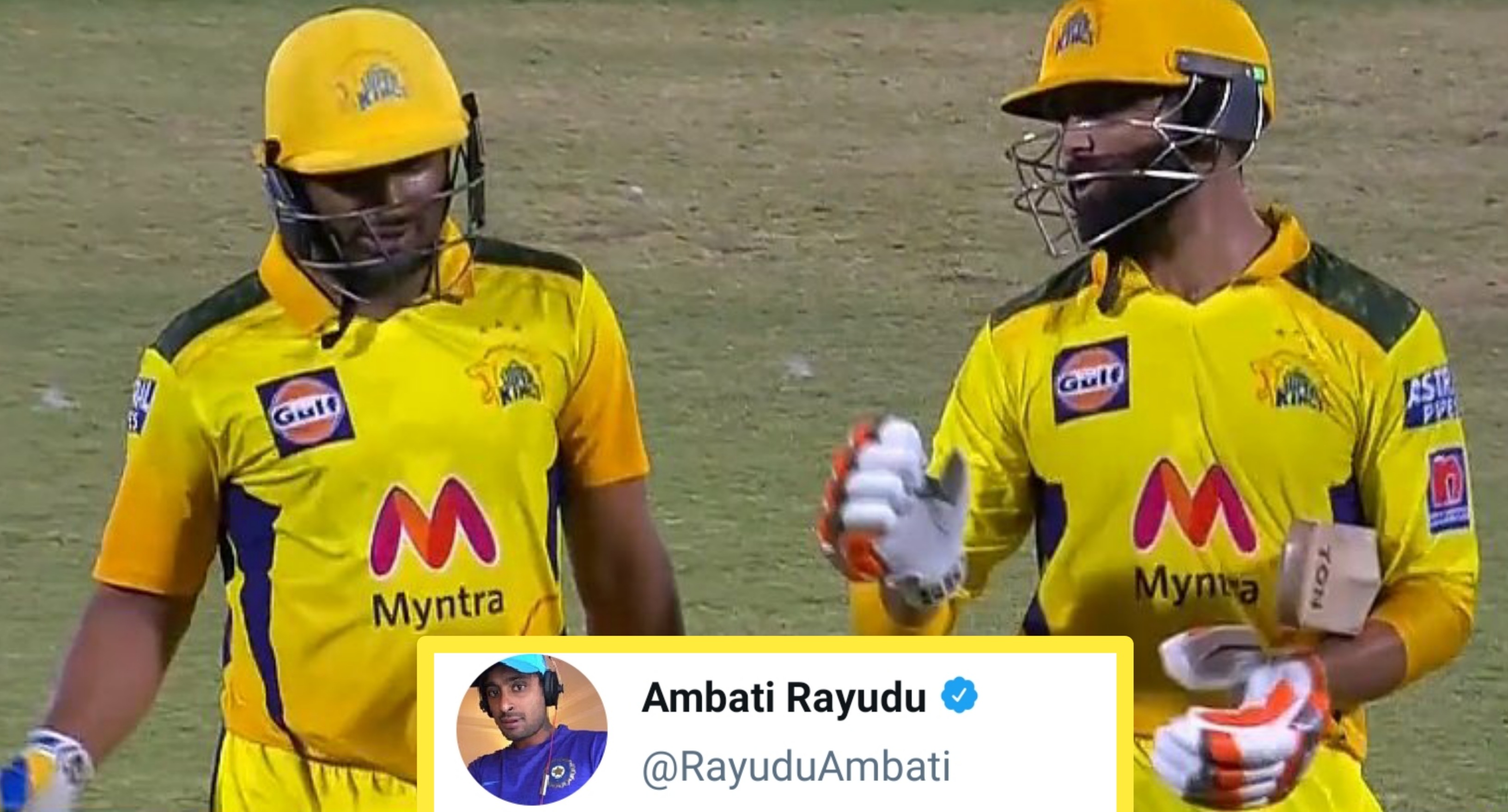 Ambati Rayudu played a magnificent knock of 72 runs against his former IPL team Mumbai Indians in IPL 2021 tonight. The Chennai Super Kings batsman scored 72 runs off 27 deliveries only and became the first batsman to hit seven sixes in an IPL 2021 inning.

Ambati Rayudu slammed four fours and seven maximums in an innings where he batted at a strike rate of 266. Courtesy of Rayudu’s inning, the Chennai Super Kings posted a grand total of 218/4 in 20 overs.

Ruturaj Gaikwad got out to Trent Boult in the first over. Faf du Plessis and Moeen Ali stitched a brilliant partnership for the second wicket of 108 runs. Ali scored 58 runs off 36 deliveries, while du Plessis aggregated 50 runs off 28 deliveries, smashing two fours and four maximums.

Suresh Raina then lost his wicket to Kieron Pollard, and then, Ambati Rayudu and Ravindra Jadeja united in the middle. Rayudu destroyed the top-class bowlers of the Mumbai Indians team, which included the likes of Trent Boult, Jasprit Bumrah and Dhawal Kulkarni.

After this innings, one of Ambati Rayudu’s old tweets has become trending again. Here’s the old tweet that Rayudu had posted after the Cricket World Cup 2019 squad announcement.

“Just Ordered a new set of 3d glasses to watch the world cup.”

Just Ordered a new set of 3d glasses to watch the world cup 😉😋..


Ambati Rayudu’s innings could not help CSK win the match

Quinton de Kock and Rohit Sharma also started well, but it was the innings of Kieron Pollard that made the difference. Pollard remained unbeaten on 87 runs off 34 balls, slamming six fours and eight sixes.

Although Ambati Rayudu could not end on the winning side, his inning will go down as one of the best in IPL 2021.