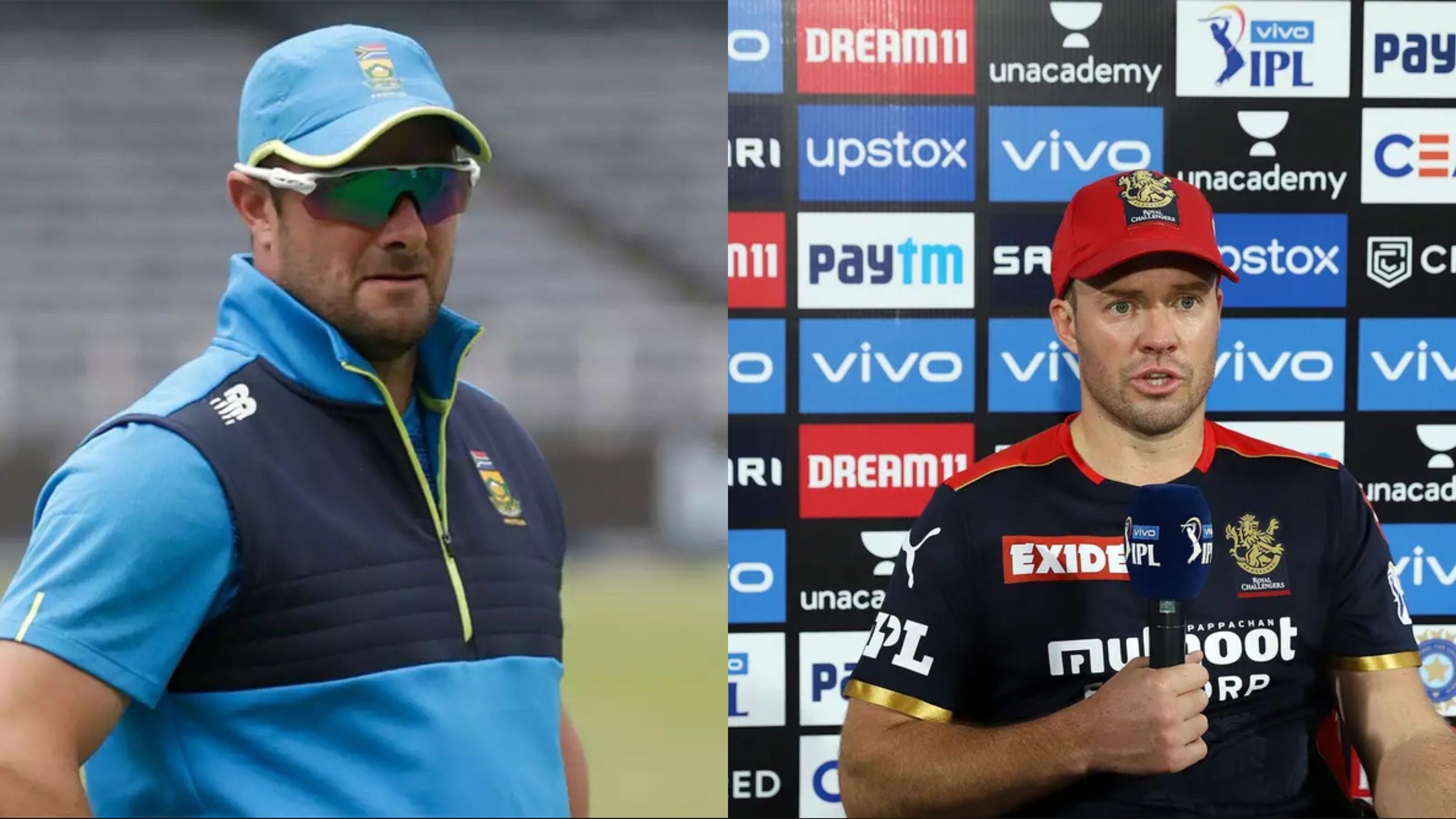 South Africa's veteran batsman AB De Villiers might have said goodbye to international cricket. However, he is still one of the best batsmen in the shortest format of the game, and he is proving that in the ongoing Indian Premier League.

For the past several months, there has been talk going on that AB De Villiers is interested in making a comeback to international cricket for South Africa and the upcoming T20 World Cup in India is the perfect time for it.

The last time AB De Villiers was seen in white-ball cricket wearing South Africa's jersey was back in February 2018. The last time he played any International T20 cricket for 'The Proteas' was way back in October of 2017.

The hard-hitting right-handed batsman has also expressed interest in returning to playing for South Africa.

"I haven't had a discussion with Bouchy (Mark Boucher) yet. We are lined up to have a chat somewhere during the IPL, but yes, we have been talking about it," said the South African batsman during the press conference after Royal Challengers Bangalore's vital win over Kolkata Knight Riders.

He also added, "Last year, he asked me if I would be interested, and I said absolutely. Coming into the IPL and looking at the form I am in and the fitness, also the situation, Boucher will looking to get the best 15 together."

Talking a little more about the match, Royal Challengers Bangalore won the toss and opted to bat first. Glenn Maxwell and AB De Villiers proved that the captain's decision was right as they put a big score of 204 runs on the board in which Maxwell and De Villiers scored 78 and 76 runs, respectively.