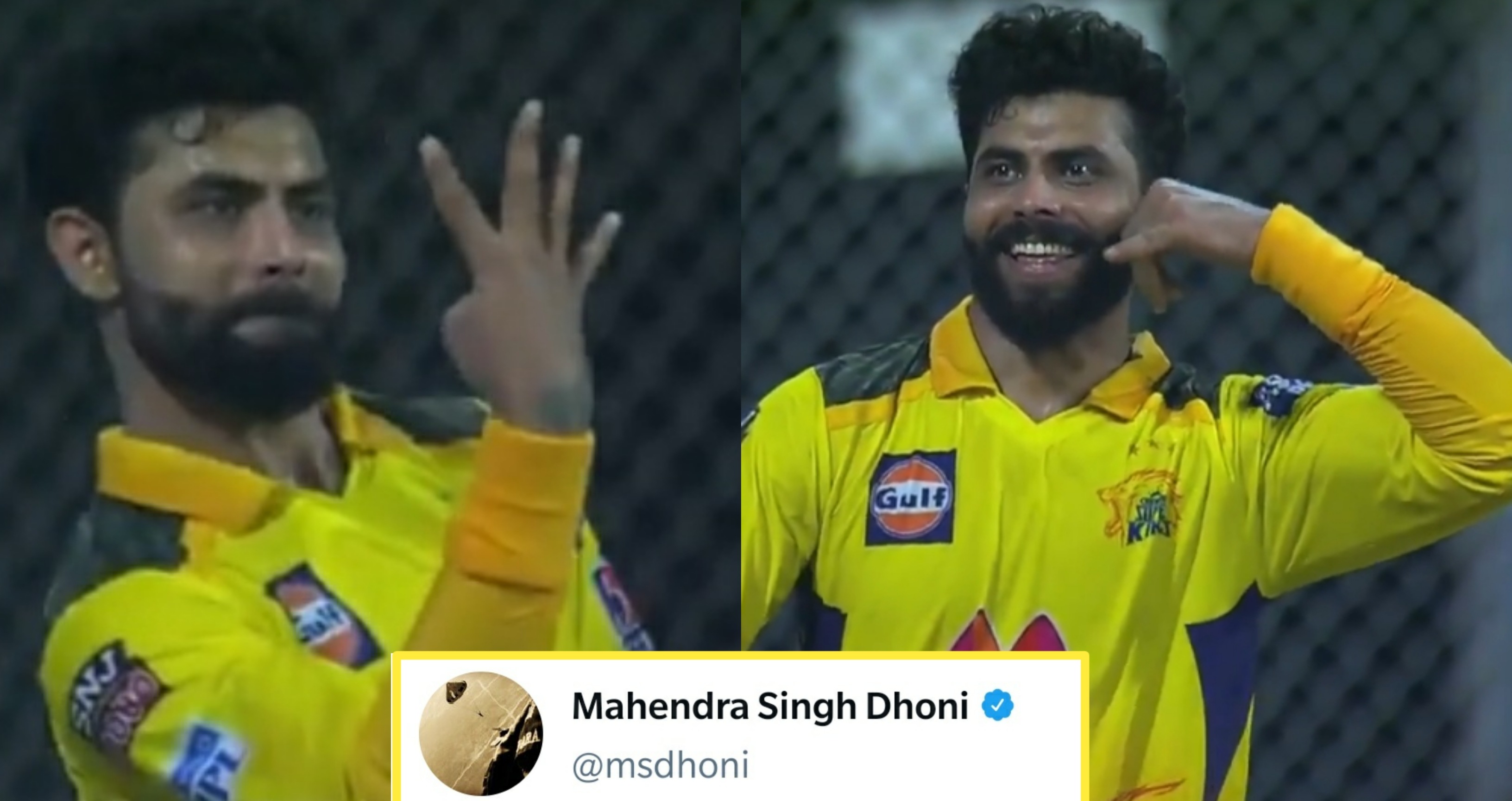 The Chennai Super Kings recorded a splendid win against the Rajasthan Royals in their most recent match of IPL 2021. The fans were delighted to see CSK dominate their opponents like the way they have done in the past. Ravindra Jadeja was excellent on the field as always.

The Rajasthan Royals won the toss and Sanju Samson invited the Super Kings to have a bat first at Wankhede Stadium. Ruturaj Gaikwad could not get going but Faf du Plessis played a breezy knock of 33 runs to help the Chennai Super Kings get off to a good start.

Moeen Ali continued his fine form with the bat and scored 26 runs off 20 deliveries. Good performances from Ambati Rayudu, Suresh Raina, MS Dhoni, Dwayne Bravo and Sam Curran took the Super Kings to 188/9 in their 20 overs.

Ravindra Jadeja and Sam Curran also picked up two wickets each for the Chennai Super Kings.

There are very few players in this world who can win a match by fielding in cricket. Ravindra Jadeja is one of them. He took four catches on the field today and proved why he is one of the top fielders in world cricket.

Jadeja took the catches to dismiss Jaydev Unadkat, Chris Morris, Riyan Parag and Manan Vohra. After taking the catch of Unadkat, Jadeja showed that he had taken the fourth catch of the evening. After that catch, an old tweet of MS Dhoni has gone viral on Twitter.

“Sir jadeja doesn't run to take the catch but the ball finds him and lands on his hand.”